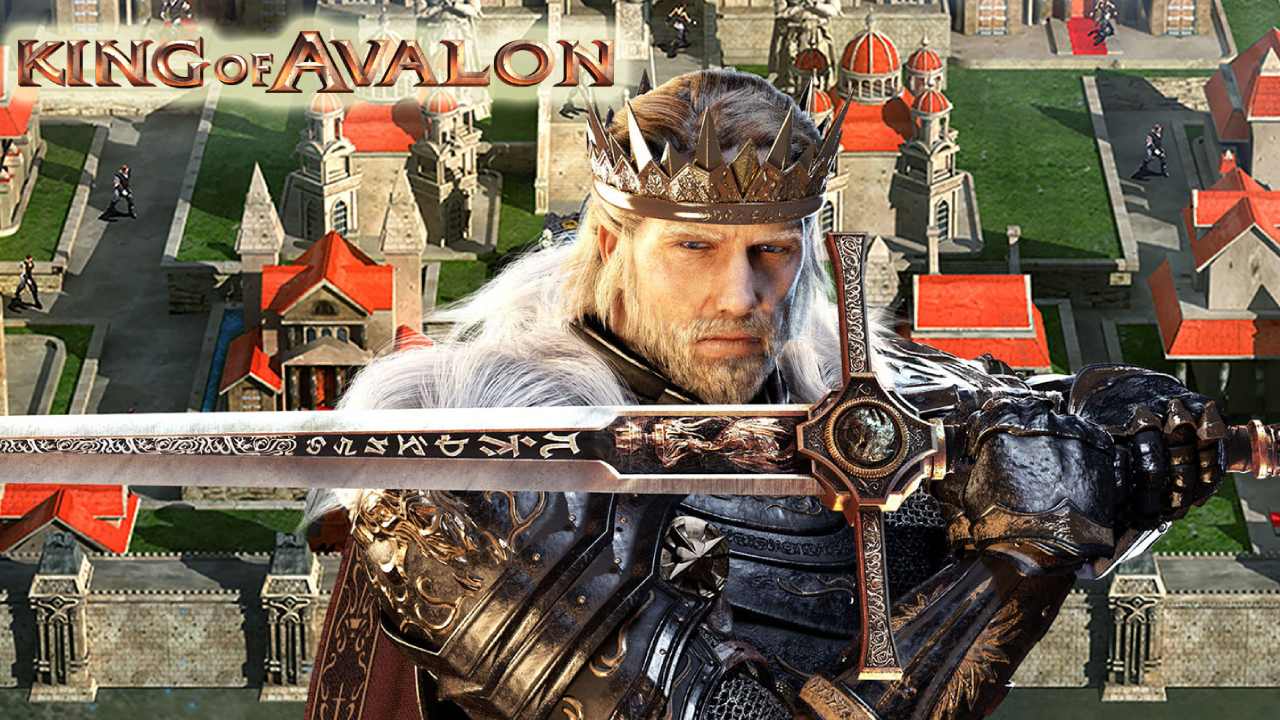 Are you ready to have your mind blown by the greatest war game?

Do you have what it takes to build a powerful empire?

If you are a fan of fantasy fiction and the whole medieval era of building empires, going into wars for honor, and rise and fall of kingdoms excites you, then King of Avalon; Dragon War is the game that is going to keep you on your toes.

The game was developed by FunPlus in 2016 and published by Century game. It is available on both platforms; Android and iOS, and is one of the top rated games on Google Play, Apple Store and Uptodown.com.

The game can easily be played on PC too, with the help of an emulator.

The game starts with a bit of back story. King Arthur, a man of great honor, has fallen, betrayed by his nephew Mordred. His body remains in a fortress on the scarred Isle of Avalon, catching dust. His powerful sword, Excalibur lays next to him. With a doomed empire, his kingdom is in chaos.

People of one city are in an open war with the people of the other city. Everyone wants power and everyone is fighting for the throne.

But the power will reside with only one!

When the great sword Excalibur is lifted again, it is then when the new king will be crowned and the broken kingdom will come back together, unified in power and motives.

You start the game by claiming a land and slowly building an empire on it. Stand up buildings and keep working on them to make them mighty and strong. Recruit resilient men and women to grow your army and prepare them to fight by your side to claim the throne. Simultaneously, train your dragon to become the deadliest weapon against the enemy.

The game is cooked with just the right ingredients; fun, fantasy, thrill and an ounce of drama, perfect if you have a taste of a warlord.

You can also make a multiplayer alliance against your enemy’s assault and double your chance of glorified victory. Not only this, you can trade with players from around the globe and make a few friends and enemies along this journey of a multiplayer approach.

The game needs a mind that can play around different strategies and know whose support to gain, when to make allies and how they can help. You can send spies to your enemy’s bases to gain valuable insight before waging a war. Your strategies define how many resources you accumulate, how unconquerable is your base and what chances of victory do you have against your enemy.

So are you ready to avenge the death of King Arthur and build the greatest kingdom that the game has ever seen?

It’s fast-paced and steeped in fantasy lore similar to another favorite of ours, Sword of Romance.

If you’re asking, how can I play King of Avalon on my computer? We’ve got a simple answer.

Can I Play King of Avalon for PC? How Does it Work?

The game is developed keeping in mind the audience of both Android and Apple, but it can easily be played on PCs with the right emulator installed.

The game runs smoothly on all PCs and laptops with little to no complaint if the following recommended requirements are met, which usually are not hard to meet for any PC.

To download the game on your laptop however, you will first need to have an emulator installed in your PC, if you do not have it before.

People also want to know if there is any difference between the mobile and PC versions of the game. The answer is none.

With a good emulator, the gameplay remains unchanged, the gaming experience however becomes twice as amazing owing to advanced settings on a PC with its larger screen.

The complete steps of how do you play King of Avalon on PC are listed below.

How to Download and Install King of Avalon for PC (Windows & Mac): 3 Simple Steps

Here’s how you can enjoy this mobile MMO game on your PC as well.

In order to play mobile games on PC, you require an emulator. There are quite a few available, but my personal experience dictates BlueStacks as the best to play games like King of Avalon for PC.

Download BlueStacks and complete its installation on your laptop.

Step 2: Search King of Avalon on your favorite Emulator

On the search bar of the BlueStacks, look for King of Avalon. Once you find it, click on Install button to start the installation process. The steps are no different from the steps you would follow on a smartphone.

Step 3: Play King of Avalon for PC or Mac

Once the installation is completed, there is no hurdle in your way to start enjoying the game right away.

You can configure the in-game keys with keys on your keyboard as per your convenience.

The steps are same for both Windows and Mac. Depending upon your operating system, you can download the appropriate emulator and the follow these easy steps to jump right into game and begin.

King of Avalon; Dragon Warfare is a game typically made to be played on a smartphone but with the correct emulator installed in your PC, there is no stopping you to play this – along with thousands other incredible games – with five times the the functionality and screen size on your laptop.

King of Avalon for PC/Windows/Mac gives you an overwhelming experience of power and authority while you are fighting to be the rightful king with strong allies and mighty army you have raised.

Give it a shot today and let us know if you have any questions or issues!