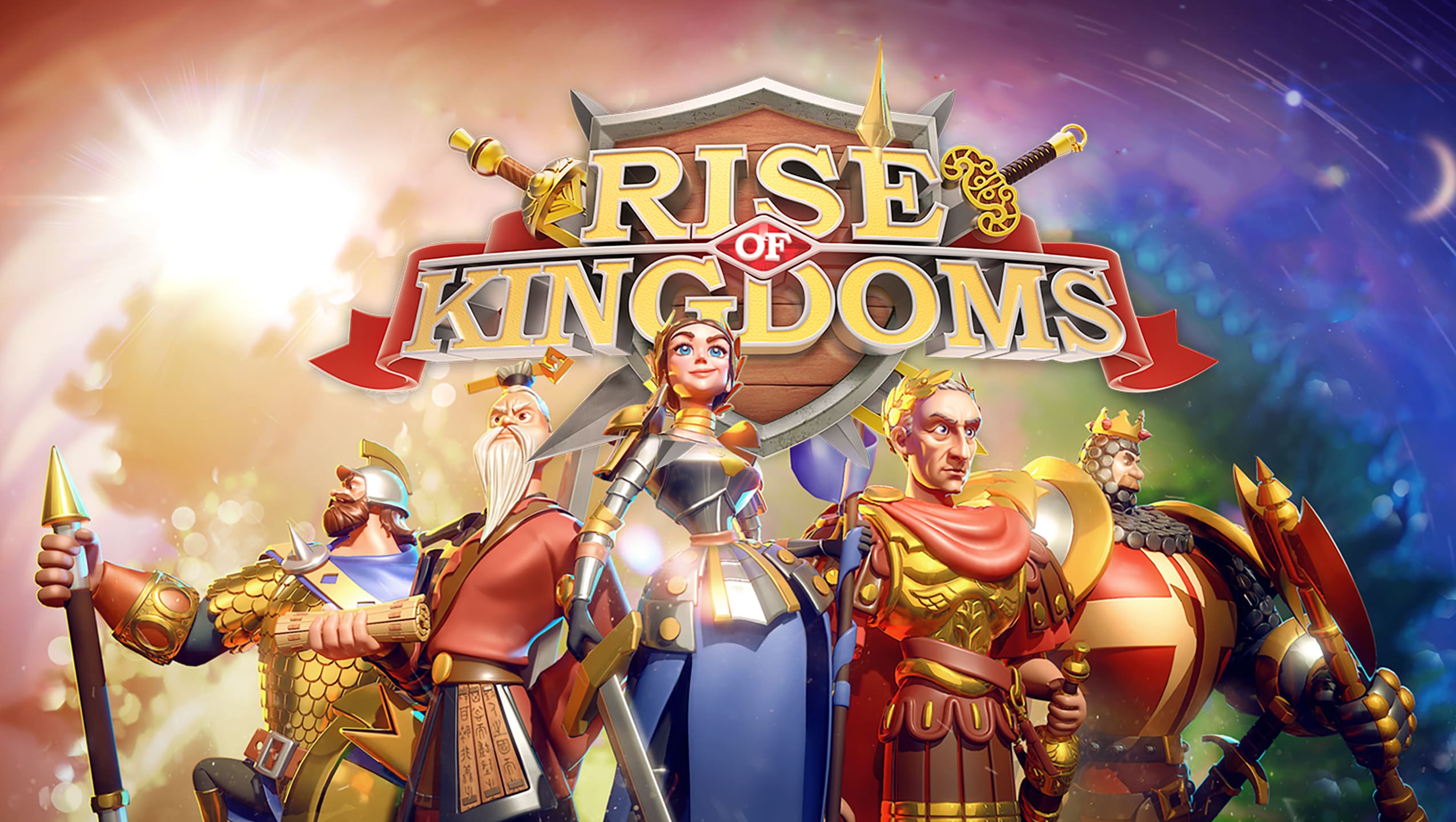 Here’s a question for you. How do you feel about the idea of Global Domination? Does it appeal you?

Do you secretly want to conquer the world and witness kingdoms flourishing under your rule?
Then the perfect game is awaiting you.

Rise of Kingdoms is an epic Real-time strategy game that has players wrapped around its phenomenal gameplay. Witness rising and falling of kingdoms, intense wars, undiscovered lands and much more in this exhilarating game.

Formerly known as Rise of Civilization, the game was developed and published by Lilith games in 2018 for Android and IOS, however, Rise of Kingdoms PC can be played with your favorite emulator as well.

Begin by marking your kingdom from 11 historically unique kingdoms with a goal to build and expand your civilization from a single clan to supremacy. Choose world-famous historical commanders like Sun Tzu, Julius Caesar, Cleopatra, Joan of Arc, Kusunoki Masahige etc. and start dominating lands with their robust skills and exuberant character.

Let’s talk about the aesthetic features of the game.

Unlike most games, you are given the freedom of maneuvering on a wide and intimately detailed map where you can battle with other players in real-time. The map features quite pragmatic views, acting as challenges in the form of dense forests, gigantic mountains, rivers and lakes.

The game ensures the most realistic experience of day and night for its players. The night is to take advantage of its darkness and forge an attack on the enemy under the shade of nightfall. Make light of the day your ally to accomplish the tasks of building, construction and providing for the kingdom.

Rise of Kingdoms PC features 11 real nations. You are given the option to become either Rome, Germany, Britain, France, Spain, China, Japan, Korea, Arabia, Ottoman or Byzantium. The list is expanding in the upcoming updates.

Every nation is bound by its own strong suits and pitfalls. You start by choosing one, but then you build and keep adding more and more to expand your kingdom and reveal your true power.

A huge number of real-life heroes that you have always admired are the commanders in this game. Choose the fierce Genghis Khan, the mighty Alexander the great or the ferocious beauty Cleopatra. The list is endless. Pick the commanders that will lead your armies in epic battles.

The map has not been fully exploited. There are still a number of places hidden from your enemies, and you have the chance to try your luck to discover them before your enemy does. There is so much to explore; the fun never stops.

Now that we have established how amusing it would be to play this game, let’s see whether and how can you play Rise of Kingdoms PC on Windows or Mac.

Can You Play Rise of Kingdoms on PC (Mac and Windows)?

Since this game is typically intended for smartphones and tablets, most players are naturally concerned whether the game can run on PC and if so, will the gameplay be affected in any way.

Rise of Kingdom PC is as flawless as the mobile or tablet version of it and can easily be enjoyed on your PCs and laptops with the help of an emulator. While a number of emulators are available online, to play Rise of Kingdoms PC seamlessly, I would recommend you to play it via Bluestacks.

Bluestacks has some distinguished features that make it stand out from other emulators.

Apart from it being free to use, it is quite simple to download and install, has an easy to understand user interface with a huge variety of games in its inbuilt Play Store. Constant updates and improvements keep making the gaming experience extraordinary. Its high performance is commendable.

Following these simple steps will install and download the game on your PC just under one minute!

First of all, you need to download Bluestacks on your desktop. This will be further used to install the game.

Currently, Bluestacks supports Windows 7, 8, 8.1, 10 and macOS 10.11+. You have to simply ensure that your PC matches the recommended requirements for it.

2. Find Rise of Kingdom on Bluestacks

Now you can simply click on “Install’’ to start the installation process which will hardly take a couple of seconds. Your game is now ready to launch and play!

If you are a fan of Rise of Kingdoms PC and like to play the games that keep you on the edge of your seat, I have a list of suggestions for you.

Judging from your love for Rise of Kingdoms PC, I am pretty sure you are going to enjoy the following games as well. All of these games can be enjoyed easily on PC with Bluestacks.

These are just some games; the list is endless.

You can also find several real-time strategy games, of games that focus on kingdom building and expansion on the Game store of Bluestacks. This is the highlight of Bluestacks; it has numerous categories of games and hundreds and thousands of games to choose from under each category.

You can run out of energy but never out of options with Bluestacks installed on your PCs.
In all honesty, the possibilities are limitless.

So, what are you waiting for? Go explore right now!